Thank you for reading!

You will need your Customer Number, which is located on your address label above your name, to the left of your expiration date. 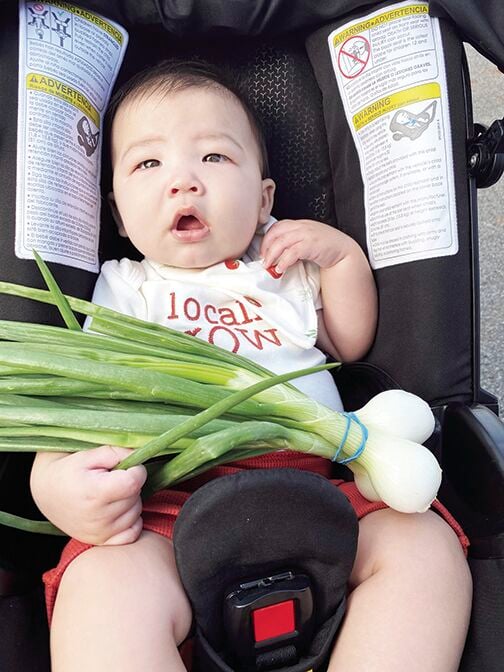 Fresh, locally grown (note shirt) Noa Ly came to the Farmers Market for the first time with his grandmother, Monica Turner. From his expression he may be wondering why he got stuck carrying the fresh green onions. 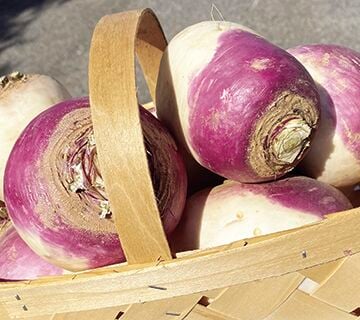 Fresh, locally grown (note shirt) Noa Ly came to the Farmers Market for the first time with his grandmother, Monica Turner. From his expression he may be wondering why he got stuck carrying the fresh green onions.

The Farmers Market is in full swing now as fresh, locally grown produce is coming to market. It was a great crowd with about 20 vendors present, according to George County Communications Director Ken Flanagan. “There was plenty of onions, turnips, new potatoes, yellow squash, cucumbers, zucchini and much more, Flanagan said. Blueberries are just beginning and everyone is eagerly anticipating the arrival of vine-ripened local tomatoes and sweet corn in the next week or two, he said. This past week saw snap beans, a wide array of homemade jams, jellies, sauces, smoked bacon, sausages, chicken and other meats. There were also lots of hanging baskets and bedding plants, he said. “It was a solid crowd all morning, although many of the shoppers came early. There were shoppers waiting for the vendors to set up and stock their booths at 7 a.m.,” he said. The Farmers Market will be open every Saturday during June offering delicious, locally grown produce and homemade items including baked goods, jams and jellies. The market, which opens shortly after sunup and runs until sellout (usually about 11 a.m.) in front of the George County Court- house gives consumers a chance to meet and talk with local farmers. The Farmers Market will wind down in early July, usually concluding with the annual Wa- termelon Games, and will resume in October as fall produce ripens

Welcome to the discussion.

Keep it Clean. Please avoid obscene, vulgar, lewd, racist or sexually-oriented language.
PLEASE TURN OFF YOUR CAPS LOCK.
Don't Threaten. Threats of harming another person will not be tolerated.
Be Truthful. Don't knowingly lie about anyone or anything.
Be Nice. No racism, sexism or any sort of -ism that is degrading to another person.
Be Proactive. Use the 'Report' link on each comment to let us know of abusive posts.
Share with Us. We'd love to hear eyewitness accounts, the history behind an article.

Sorry, there are no recent results for popular videos.

Sorry, there are no recent results for popular commented articles.