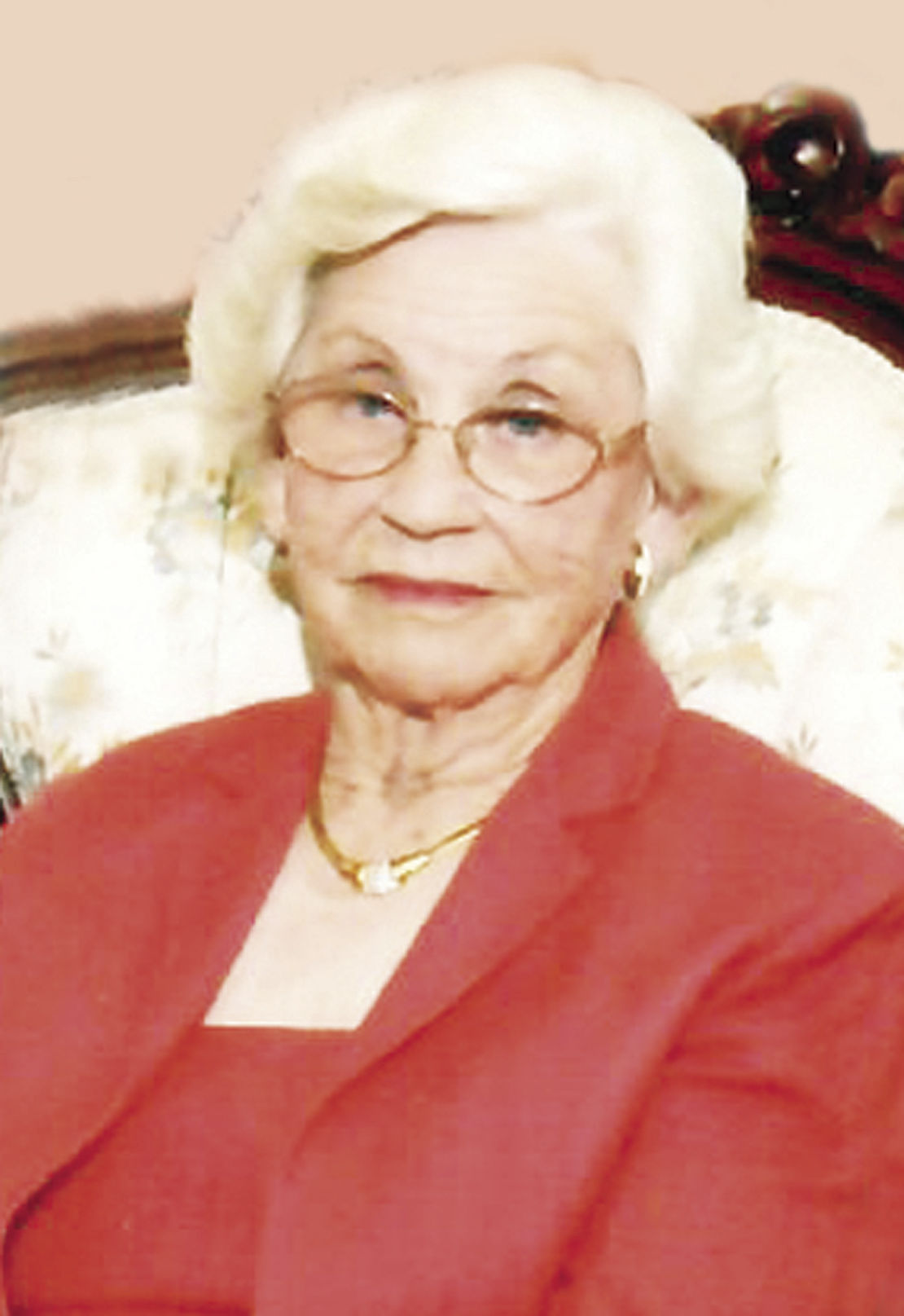 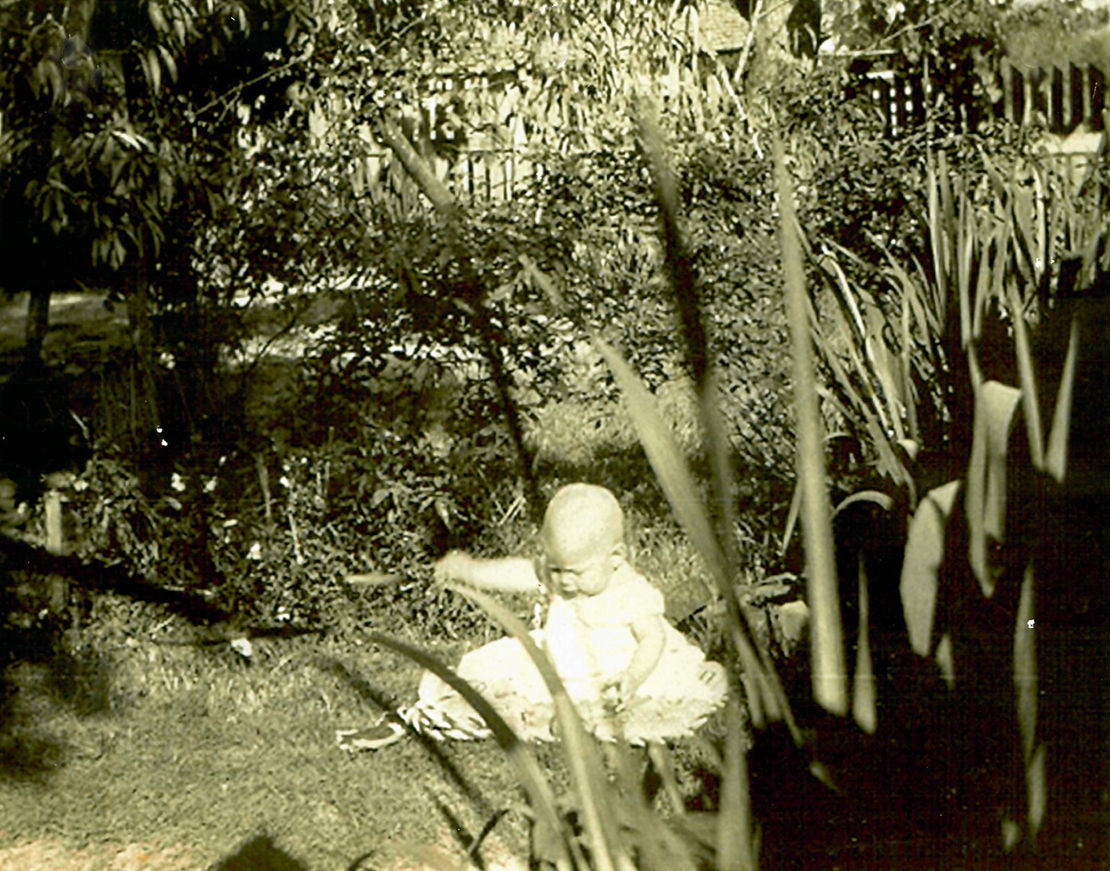 At 102 years young, Polly Wall of Agricola has lived through a number of life's situations and events including the Spanish flu pandemic and now the coronavirus COVID-19 pandemic.

Born Pauline "Polly" Rogers on Feb. 24, 1918, Ms. Polly was a baby when the Spanish influenza virus flared and became a pandemic infecting 500 million people worldwide and killing 50 million; 675,000 of those deaths were in the United States.

In 2018, Ms. Polly turned the monumental 100 years old, celebrating with a large number of family and friends in a splendid afternoon party at the Taylor House. Two months ago, she celebrated 102 years with family. "I've lived a century and two years," she said last week in a telephone interview.

"A few years ago, a lady at the local hospital asked me what my secret was for living so long. I told her I just lived everyday like my parents had taught me to. There's not a secret. And I wouldn't keep something like that a secret," she said.

Ms. Polly was born in Mize and her mother was very protective of her because in 1902 she had lost a baby boy who only lived three days.    The Rogers family had 11 children and eight of them were girls. Ms. Polly is the youngest. Their house sat on 13 acres at the very top of a high hill that sloped on all sides. It was a good distance from Mize and the townsfolk who lived there; therefore, the Rogers family could easily isolate during viruses and other sicknesses.

homemade remedies might have been for treatment. However, she did recall that as a young girl they often mixed baking soda with water to drink whenever anyone was ill.

"Little Pauline was isolated not only in the house, but my grandmother wouldn't let anyone up the hill," her son, Doug Wall, said.

1918 was a big year for the Rogers household. Not only did the family have a new baby girl, they were trying to maintain social distancing to keep everyone healthy. Also, there was a war going on - the Great War, now known as World War I. The deadly Spanish flu spread throughout the world as military troops moved about during the war. Ms. Polly's brother, Breland, was working in Alabama and desperately wanted to travel to Mize to see his new little sister that year, but couldn't because of the pandemic and the fear that the virus might get into the Rogers home. He was also draft age and was about to be shipped overseas to serve in the war; however, the armistice was signed on Nov. 11 that year just days before his scheduled departure.

"Even in the midst of the flu pandemic and the hypersensitivity of my grandmother and grandfather having lost a child, there was a lot of celebrating on the hill that year. There was a new baby. The war ended and Breland didn't have to go serve. When my grandmother learned the war was over, she ran throughout the house waving a dish towel in the air, which was completely unlike her personality to do," Doug said.

By the time the Depression hit in 1929, many of the Rogers family members had relocated to Chicago. Ms. Polly's father had died in 1925 and the only family members remaining in the Rogers household were Ms. Polly, one of her sisters and their mother. The trio moved to Chicago to be near family, but didn't really like the Chicago area and within a year had moved back to Mississippi to a place called Summerland not far from Mize. After her junior year of school, Ms. Polly traveled to George County to spend the summer months with her older sister, Ettie Shows, whose husband William Thigpen Shows was superintendent of Agricola School. Ms. Polly had close relationships with her Shows nephews, who were not much younger than she was. By the end of the summer they had convinced her to continue living with them and to attend school her senior year in Agricola.

While at Agricola she met Bennie Wall. They both played basketball and Doug thinks their romance might have started during trips to play other schools in basketball games.

By springtime, both were concerned that they might not see each other again after high school graduation as Ms. Polly was expected to return to live with her mother and both were planning to attend different colleges. So, on April 2, 1937, just a few weeks before graduation, they eloped. They told Ettie that they were going to see a movie in Mobile. However, they actually drove to Leakesville to get married.

They couldn't find an available preacher to perform the ceremony so they went to the Greene County Courthouse, and a judge married them. Afterward, they drove on to Mobile. They didn't tell anyone they were married until the end of June when they were found out.

During their first four years of marriage the Walls lived and worked in Mobile before settling in Agricola where Bennie earned both respect and a nice living as a residential builder. Ms. Polly was a homemaker and took care of their three children Paula, Linda and Doug. Bennie passed away in 1997.

In addition to pandemic, Ms. Polly has witnessed many life situations including the passing of her father when she was only seven years old, growing up during the Depression in a one-parent household, living through World War II, rationing food and supplies during scarcities, the development of rural electricity, the Civil Rights Era, the Space Age, Watergate, Asian and Middle-Eastern conflicts, the evolvement of telephone to cell phones and 18 U.S. presidents. She is a longtime member of the Daughters of the American Revolution and the First United Methodist Church of Lucedale.

Award-winning journalist Nancy Jo Maples has been writing about Mississippi people and places for more than 30 years. Contact her at nancyjomaples@aol.com.

Welcome to the discussion.

Keep it Clean. Please avoid obscene, vulgar, lewd, racist or sexually-oriented language.
PLEASE TURN OFF YOUR CAPS LOCK.
Don't Threaten. Threats of harming another person will not be tolerated.
Be Truthful. Don't knowingly lie about anyone or anything.
Be Nice. No racism, sexism or any sort of -ism that is degrading to another person.
Be Proactive. Use the 'Report' link on each comment to let us know of abusive posts.
Share with Us. We'd love to hear eyewitness accounts, the history behind an article.

Sorry, there are no recent results for popular videos.

Sorry, there are no recent results for popular commented articles.